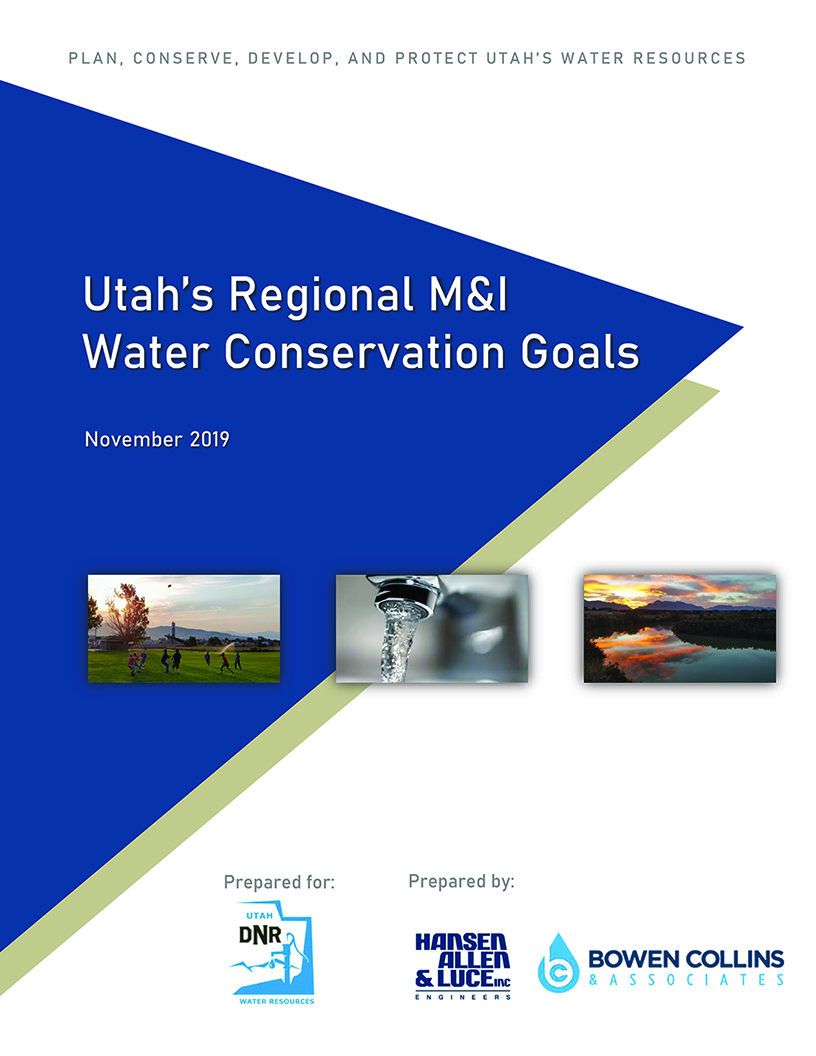 After reviewing and incorporating over 330 public comments, the Utah Division of Water Resources has finalized the state’s Regional Water Conservation Goals, which are established for nine regions around the state for municipal and industrial (M&I) water conservation. M&I includes residential, commercial, institutional (for example, schools and parks), and industrial water use, and excludes agriculture, mining, and power generation. Thank you to all who submitted public comment during the comment period August 26 – September 25, 2019.

Although the numbers did not change, the comments improved the readability of the report and yielded  text clarifications that ultimately make the report better. All of the comments as well as the Division’s response are included in Appendix J of the report.

As recommended by the 2015 Legislative Audit, 2017 Follow-up Audit, Third-Party Review, and 2017 Recommended State Water Strategy, regional water conservation goals were developed to enhance water conservation efforts around the state. Given Utah’s diverse geography, establishing region-specific goals makes sense. These goals are created for nine regions around the state and take into account climate, elevation, and each region’s unique characteristics and needs.

Thanks to the efforts of many Utahns and their water providers, per capita water use has declined by at least 18%. We’ve made significant progress, but there is still more to be done to accomplish these goals including policy and ordinance changes on state, local and municipal levels. Even with all the progress that has been made, balanced efforts both in water development and water conservation are still necessary to meet Utah’s long-term water needs. This is the first time conservation goals have been established on a regional level and they build on the previously established statewide goal of reducing per-capita use by 25% by 2025, (using the 2000 M&I water use report as a starting value).

How did this project come about?

After the 2015 legislative audit recommended tailoring water conservation goals by region, the Division of Water Resources started gathering public input to formulate new goals. Over 1,650 people shared their opinions on a water conservation survey. Open houses were held in eight different regions across the state. After public input was tallied, a team consisting of water providers, members from the Governor’s Office of Management and Budget, and Division of Water Resources staff worked for many months with a third-party consultant to provide input on region-specific M&I water conservation goals. These goals will help guide the state’s water industry in planning future infrastructure, policies, and programs consistent with Utah’s semiarid climate and growing demand for water. 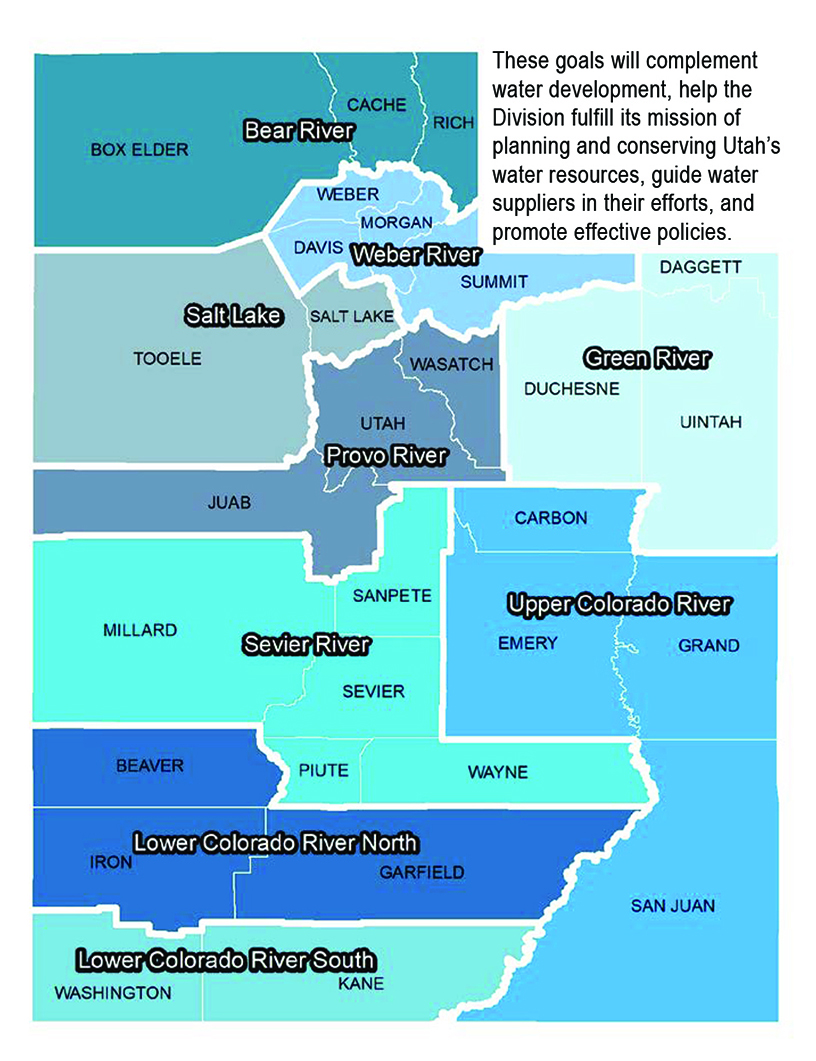 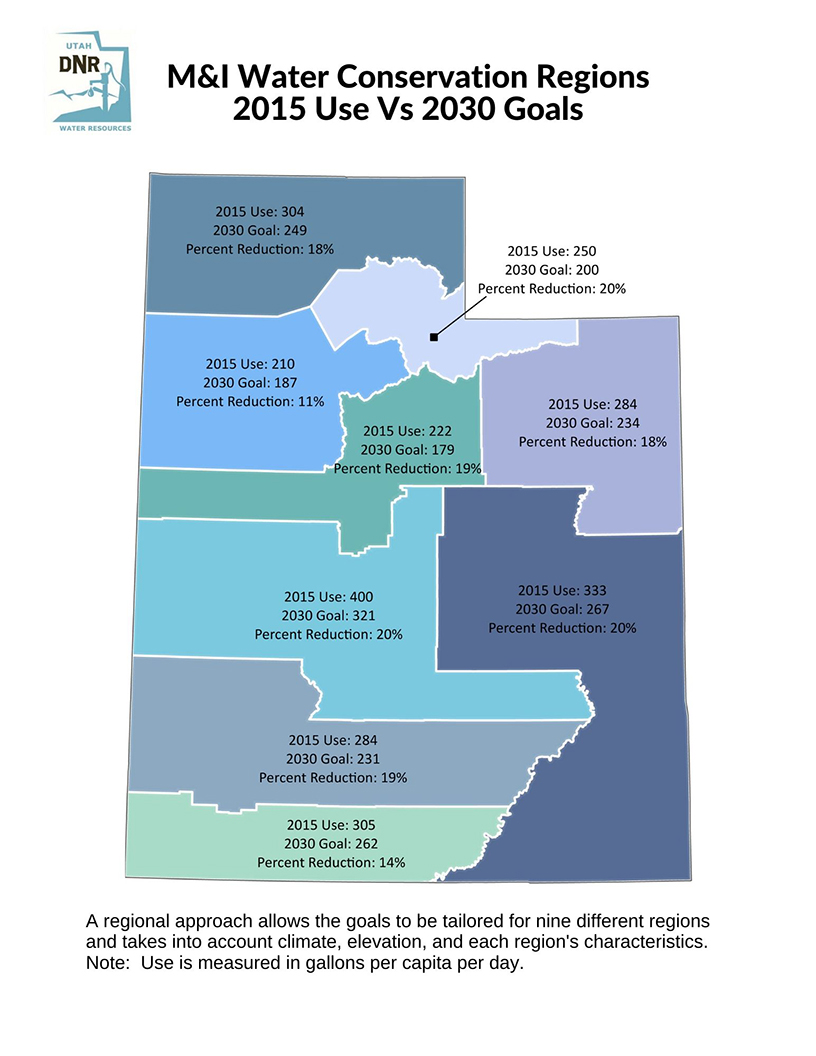 Regional Water Conservation Goals Report Final – This project recommends goals and practices for municipal and industrial water conservation. The project does not recommend a comprehensive water strategy. The public comment period for this draft report is now over and ran from August 26-September 25, 2019. The public comments can be found in Appendix J of the report.

2017 Recommended State Water Strategy – This report was compiled by Governor Herbert’s Water Strategy Advisory Team and facilitated by Envision Utah. This document represents the culmination of a collaborative four-year effort to lay the foundation for ideas and strategies to be considered as part of a 50-year water plan.

2014 M&I Water Conservation Plan – This report clarifies the state’s M&I water conservation goal and how progress toward achieving this goal is being monitored; it emphasizes the role water conservation plays in meeting Utah’s future water needs; and also presents Utah’s plan to ensure the state achieves this goal.

2009 Residential Water Use – This report contains survey results and analysis of residential water use for 17 Utah communities.

2005 Water Reuse in Utah – This document is part of a series of documents that make up the State Water Plan series and focuses on the opportunities for water reuse. In many states, water reuse has proven to be an effective and safe means to help satisfy growing water demands.

END_OF_DOCUMENT_TOKEN_TO_BE_REPLACED

The state’s latest water use numbers have been published by the Utah Division of Water Resources and can be found on the recently overhauled and upgraded Open Water Data website.  The latest municipal and industrial (M&I) numbers are from 2019 and show that statewide per capita water use for potable and secondary water is 223 …