The Colorado River is a reliable source of water for Utah, says the Utah Division of Water Resources 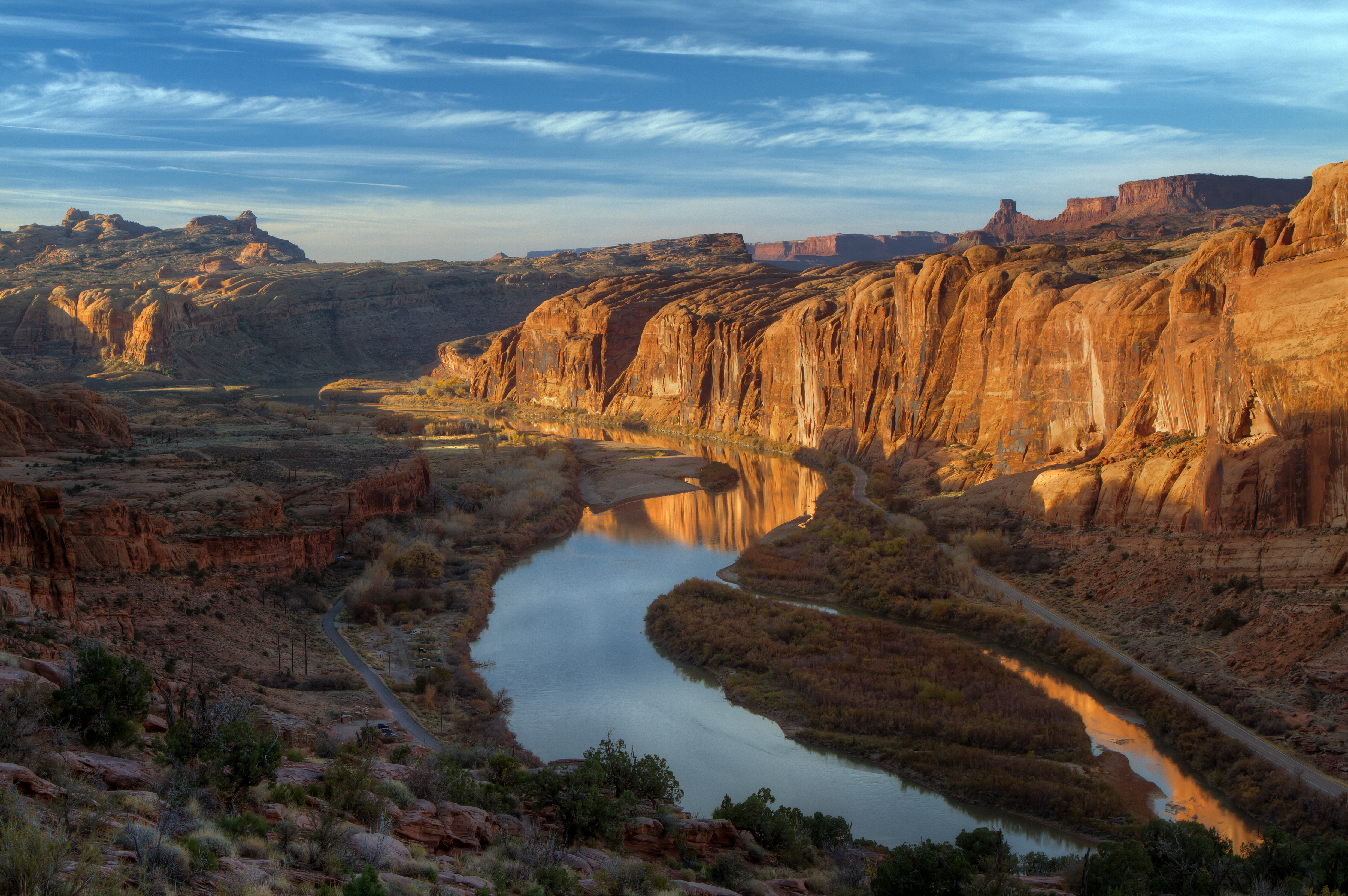 The Colorado River is a reliable source of water for Utah, says the Utah Division of Water Resources

Falling storage levels at both lakes Powell and Mead have highlighted the potential effects of climate change on the Colorado River, causing some to question its future viability as a reliable water supply source for the state of Utah.

“All water providers, including the State of Utah, understand the level of concern some have regarding the perceived uncertainty associated with the use of Colorado River water,” said Eric Millis, director of the Utah Division of Water Resources. “The Colorado River is reliable. We work closely with our federal partners and other basin states to plan for future needs and mitigate potential impacts. The drought contingency plans recently outlined by the Upper and Lower Basin states serve as an example of such planning.”

When looking at whether the river can meet future needs, scientists, water providers, and those who manage the river look at its past performance during varying weather conditions. Colorado River flows are cyclical, as are weather patterns.

The system’s reliability is documented in the benchmark Bureau of Reclamation (BOR) 2012 Colorado River Basin Study. The study reports that, in the 10 years preceding its issuance, which had been some of the driest of the last century, the Upper Basin states (Colorado, Wyoming, New Mexico and Utah) have delivered more than 92 million acre feet of water to the Lower Basin states (Nevada, Arizona and California)—that’s 17 million acre feet more than required by the Colorado River Compact.[1]

“In both wet and dry cycles over the past century, the river has always provided enough water to meet established uses and compact requirements,” said Don Ostler, former Executive Director and Secretary of the Upper Colorado River Commission. “Recent hydrologic modeling, based on projected drought scenarios, has shown the river to be capable of remaining a reliable supply for the Upper Basin into the future, especially if the basin states continue to work cooperatively on sensible drought contingency plans.”

The 2012 Basin Study and associated climate model projections indicate a potential decrease in mean natural flow of the Colorado River of approximately 9 percent over the next 50 years. In addition, some scientists predict that as a consequence of continued warming in the basin, the decrease in river flows could be even greater.

Modeling conducted by BOR in August 2018, taking into account future water uses in the Upper Basin including the Lake Powell Pipeline, indicates a near 0 percent probability of a declared 1922 Compact shortage for the Upper Basin through the year 2050 presuming hydrology remains similar to what the basin has experienced over the last 100 years. On the other hand, if the future hydrology of the basin is similar to drier, hotter climate change predictions, more closely resembling the last 30 years including historic drought, the risk of a declared 1922 Compact shortage rises to less than 13 percent through the year 2050.

“The BOR and the basin states are planning for the possibility of a long-term imbalance in supply and demand on the Colorado River. To mitigate the risks and uncertainties associated with these water supplies, Utah has worked with the other states in the Upper Basin to develop an agreement on drought contingency development. Since the river provides water to some 40 million people, it is imperative that the western states, including Utah, all do their part to protect this river,” said Millis.

Utah’s share of the water is not subject to a prior appropriation or “first in time, first in right,” administrative scheme among the states. The compacts that guide each states’ use of Colorado River water were expressly developed to ensure that faster growing states would not be able to claim all of the available basin water.

“The Utah Board of Water Resources can develop a portion of Utah’s Colorado River in a manner consistent with the Law of the River,” Millis said. “Utah’s right to develop water for the Lake Powell Pipeline is equal to, not inferior to, the rights of all the other 1922 Compact signatory states.”

With the projected need for more water in southwest Utah as early as the late 2020s, the Utah Division of Water Resources continues to advance the permitting for the Lake Powell Pipeline. The Environmental Impact Statement is the next step with a Record of Decision estimated to be issued in the fall of 2020.